I was truly blown away by the performance of the talent laden GBSS Senior Orchestra at the Meaford Hall Opera House on May 7.

What I witnessed was extraordinary. The mutual respect they showed for each other and their teacher, Mr. Delaney, was outstanding.

This year these musicians performed at the Kiwanis Music Festival in April and the adjudicator, Bruce Skelton, recommended to the Kiwanis Board after they had received a “gold” ranking, they should advance to the provincial championships.

The rules require that two pieces of music have to be recorded for the competition with an adjudicator present. They only have one chance to get it right, no retakes or manipulating of the recording. Once complete the CD is in the possession of the adjudicator.

GBSS Senior Orchestra performed “Fight of Valour” (by James Swearingen) a tribute to the flight that crashed in a Pennsylvania field on Sept. 11, 2001. The hymn “It Is Well With My Soul” is embedded throughout the work. The classic orchestral repertoire “Russian Sailor’s Dance ” by Reinhold Gliere was the other performance.

The recordings could have taken place in the high school gym, but since we have such an outstanding venue as the Opera House it just made sense to record there. Meaford Hall and Cultural Foundation happily sponsored the orchestra utilizing the Opera House and its technicians.

GBSS Senior Orchestra placed 4th in this competition.  They were up against “Earl Haig Secondary School” of Toronto, renown for its arts program and one of a number of schools of the arts from across Ontario. Competition was fierce and Mr. Delany was extremely proud of how his students performed and placed. 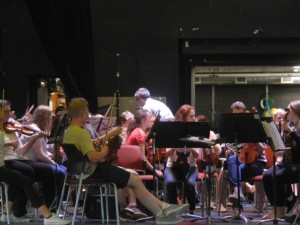 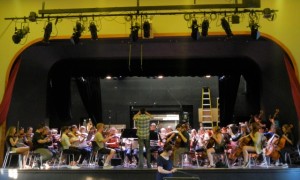 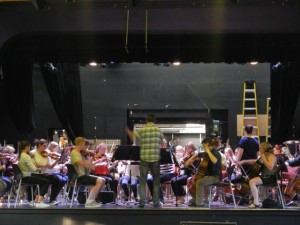