Grinch. We were really happy with this year’s play and in many ways it was our best of the last eight years.”

This year 16 students were in the production.  The sets were spectacular as were the costumes, the pictures give a glimpse into this high caliber production.  The opera house was packed for 3 daytime shows, once again 1,000 kindergarten to grade 8 kids from the Municipality of Meaford and Thornbury enjoyed the performance for free!  Laughter filled the air and eyes were kept wide open with all the action going on. The Friday evening show sold 130 tickets, young and old were entertained by a group of very talented people.  It was such a success that the Hall has already been booked for December 2017.”  The group of kids that have come through our free program have really benefitted by it and some have gone on to a  higher level of performing arts training.  As we plan our ninth show for December 7th and 8th we are so glad to have the support of the whole community.  It is an honour for myself (David Baker) and for the couple of dozen Kids in the Meaford Hall volunteers to be able to enrich the lives of so many youth. 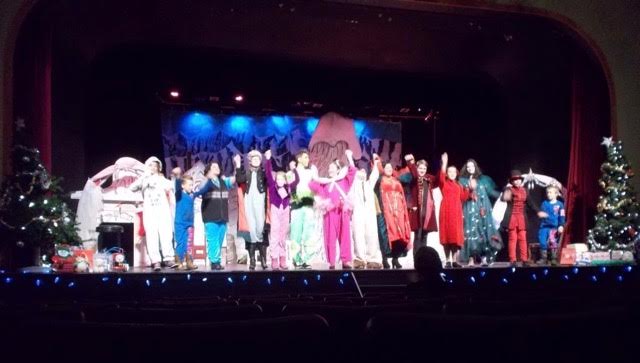 « The Official Opening of the Balcony May 6, 2017
Sandcastle Theatre “Peter Pan the Panto” »