This was the third year for the concerts and the series was more successful than ever!

Attendance was up by 20% on average at each of the shows, approximately 150 to 250 people came out to see each concert.

I feel we are achieving our main goal of using the MSCS to attract people to the downtown core. Local restaurants reported full dinner hours and after show crowds.There were people out on the town. We also featured 4 young locals artists through the series and gave them each an opportunity to play in front of a crowd ahead of the headline bands to support out directive of promoting young local talent. The third goal was to collect food for the Golden Town Outreach. We were able to drop off 6 tubs of food totalling a few hundred pounds from the four shows.

The series could not have happened without the help of great sponsors like you. We appreciate all of the Meaford Culture Foundation’s support for the Meaford Summer Concert Series, our community, and live music in general. We look forward to an even more successful MSCS in 2019, and hope to have your support once again. 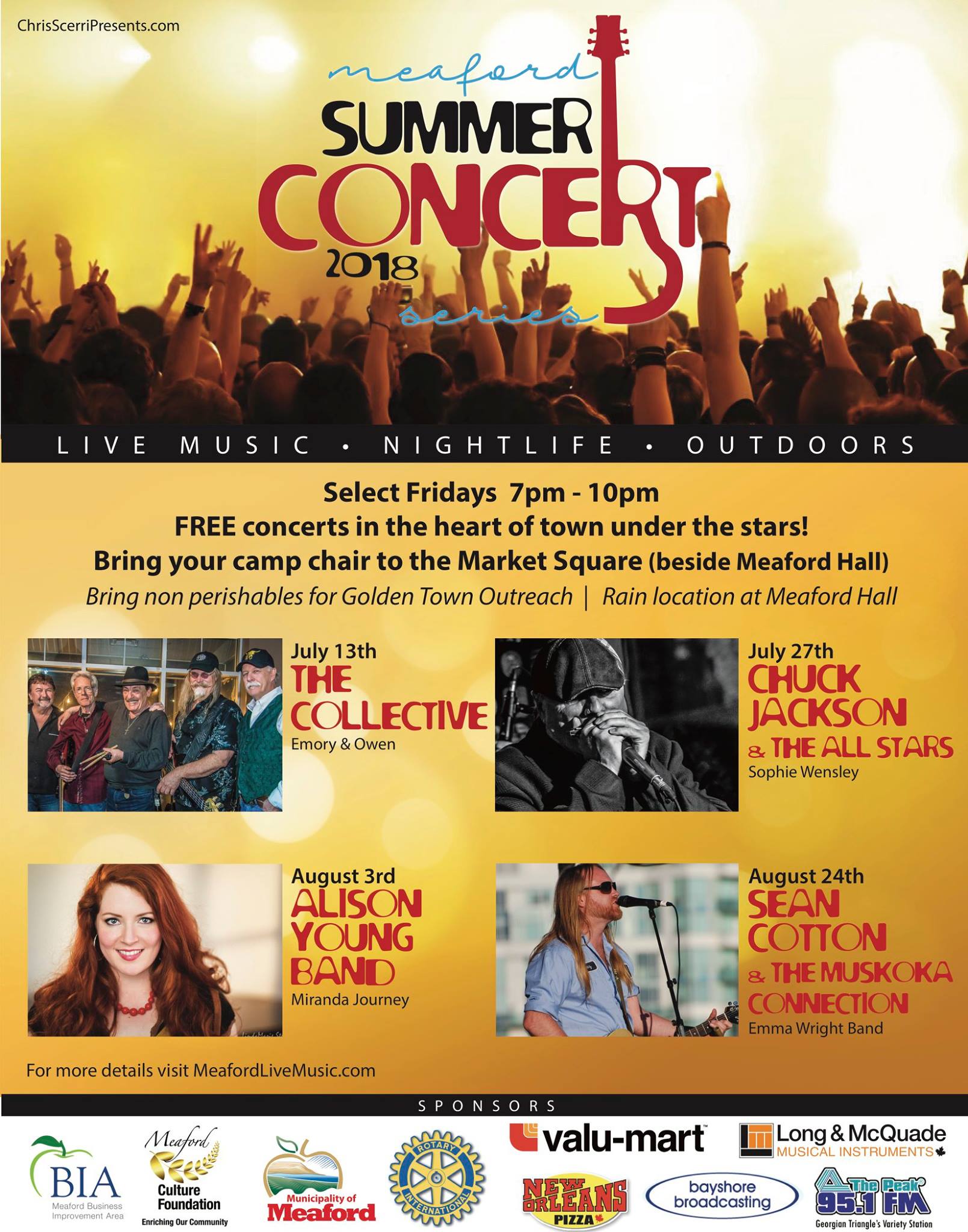 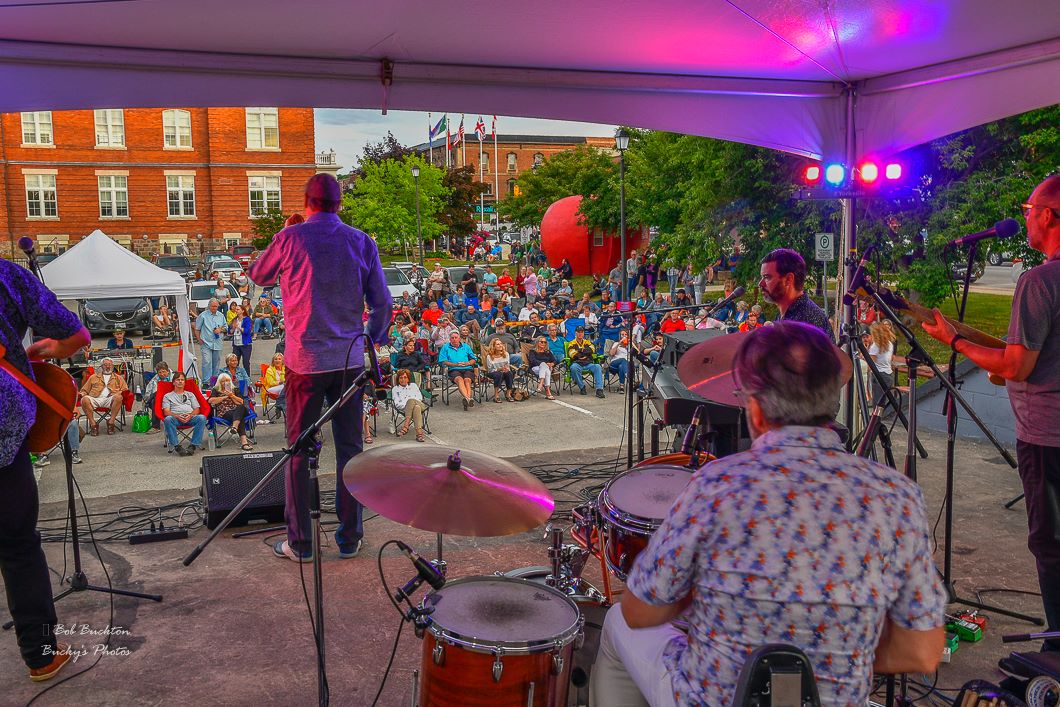