The Meaford Culture Foundation’s early days were once devoted exclusively to supporting Meaford Hall. While today, the foundation supports a wide range of arts & culture initiatives throughout the entire community, we continue to make significant investments towards capital improvements at our beautiful Hall.

Since 2006 the Foundation has raised funds for these major capital improvements through our Christmas Celebration auction, the Meaford International Film Festival (MIFF), our Friends program and our Online Auction. These improvements enhance everyone’s overall experience of Meaford Hall, and have included: 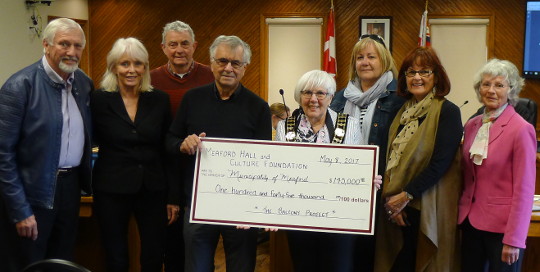 Presenting our $145,000 contribution toward the Meaford Hall Balcony Renovation to Mayor Barb Clumpus at the the council meeting on May 8th, 2017. 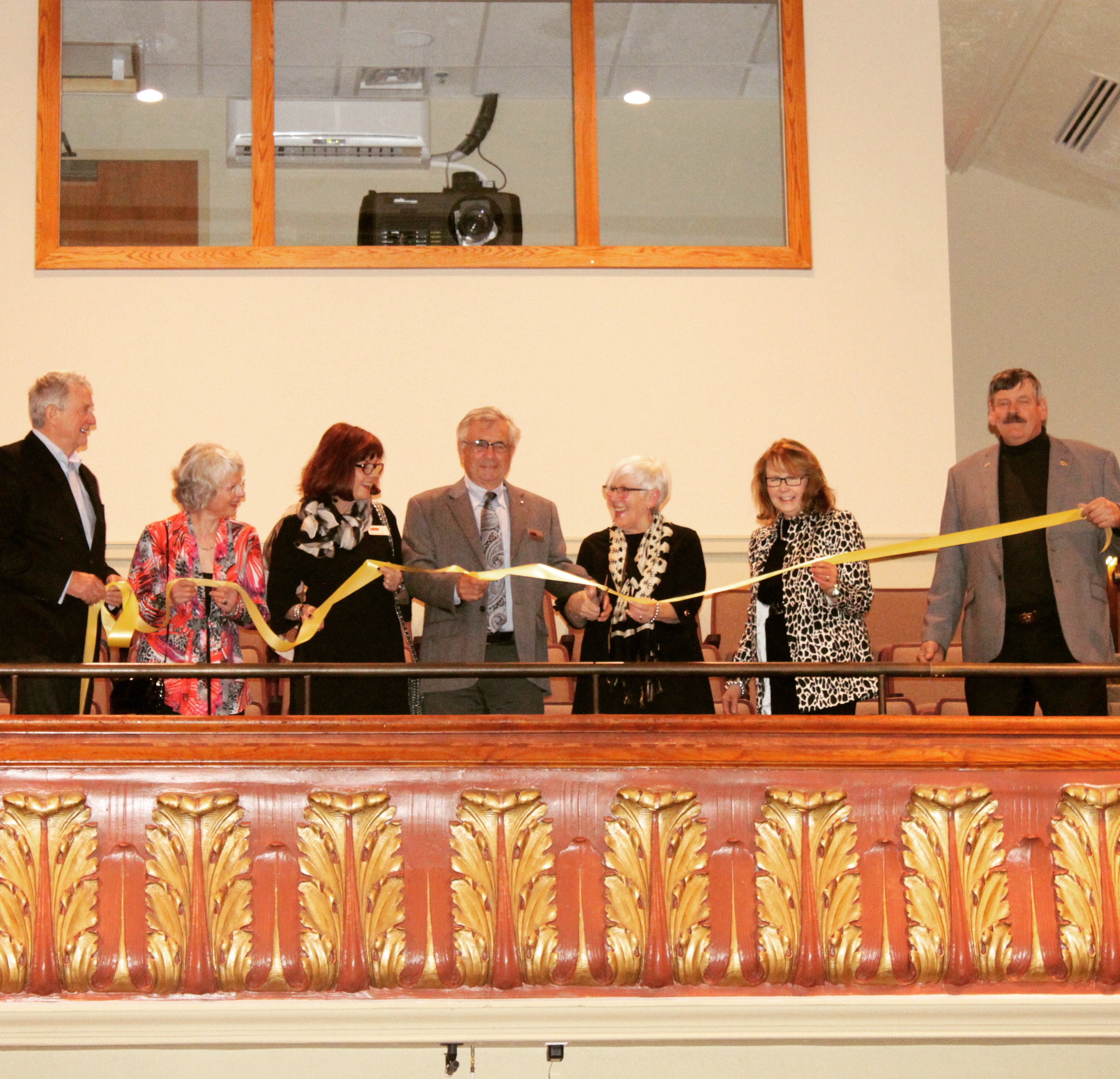 The renovated Meaford Hall Balcony was unveiled at a special ceremony on Saturday May 6, with Mayor Clumpus, members of Council, Meaford Culture Foundation board members, and donors in attendance.